A Tribute to Norman McClelland, Stalwart Friend of the World Congress of Families

A World Congress of Families Tribute to Norman Mclelland and Shamrock Farms (www.shamrockfarms.net)

by Dr. Allan C. Carlson, President Emeritus, World Congress of Families and The Howard Center for Family, Religion & Society;  John A. Howard Fellow, The International Organization for the Family; Editor, The Natural Family: An International Journal of Research and Policy 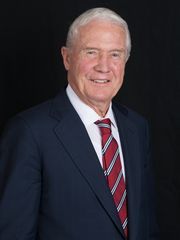 A stalwart friend of The World Congress of Families and its parent organizations, Norman P, McClelland, died in Phoenix, Arizona, on July 11 , after a brief illness. He was 90 years old.

Norman came from authentic American pioneer stock. His father, W.T. (or “Mr. Mac” to his later employees), left Ireland for Tucson, Arizona, in 1912, arriving just before this territory became a state. W.T. had grown up on a tenant farm in the old country, and in his new home moved into the dairy business. Marrying another Irish immigrant, Winifred Parker, the two founded Shamrock Dairy in 1922, building a small adobe house right next to the cow barn. Children then arrived: Frances in 1923 and Norman four years later. The latter remembered these early years with fondness: “It was the best life, growing up on a farm…. We were given the run of the place pretty much and [only] expected to show up at dinnertime.”

Starting with fewer than fifty customers, Shamrock steadily grew over the decades. After service in the U.S. Air Force at the tail end of World War II and earning a degree in Business and Agriculture at the University of Arizona, Norman joined the family business. He became its President in 1954. Under his guidance, Shamrock transformed from a successful local dairy into the largest food distribution corporation west of the Mississippi, with operations in a dozen states and annual sales well into the billions. Shamrock also now stands as one of the largest family-held companies in the United States 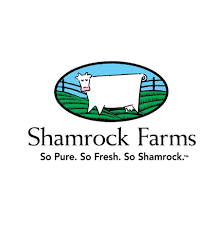 Indeed, family was more than a word to Norman. His corporate motto was “Treating employees like family and customers like friends.” As he elaborated: “When we say Shamrock is a family company, we mean it in an extended sense. Every worker here is a member of the Shamrock family, with the opportunity to express ideas, contribute to the success of the company, and be recognized for his or her accomplishments.” He added, this “family-styled pride and loyalty… [is] our greatest asset and biggest priority.”

Early in his role as President, he introduced an innovative employee credit union and a novel distribution system designed to protect both the company and the independence of the distributors. Shamrock was (and is) also known for paying good, family-sustaining wages. Starting in the mid 1980’s, Norman arranged for me to receive his company employee newsletter. It was (and is) remarkable for the primary attention which it gives to new marriages, births, adoptions, wedding anniversaries, and the achievements of employees’ children. 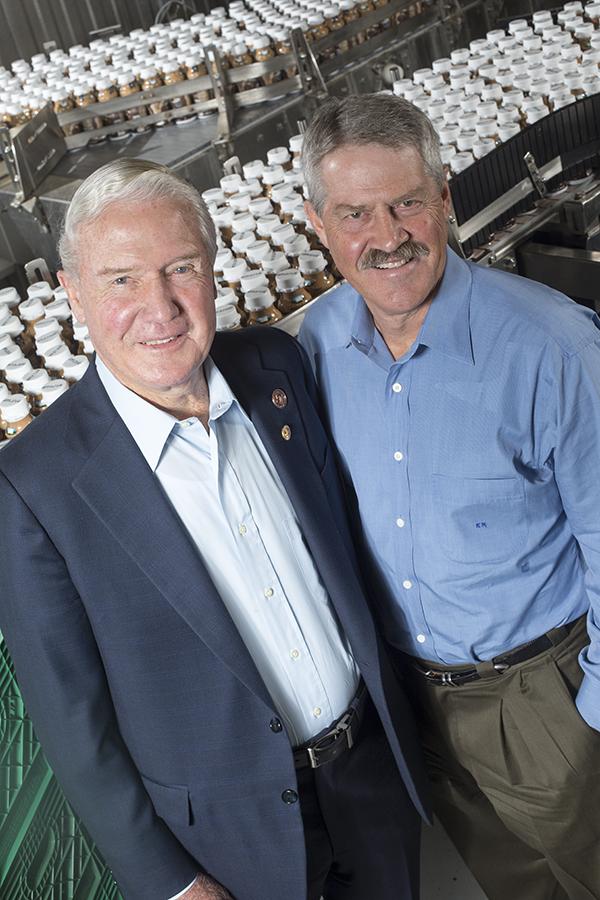 Norman was deeply devoted to his immediate family. As a girl, his sister was struck by poliomyelitis. Despite the consequent disability, and with her brother’s constant encouragement, she gained a degree in accounting and became Secretary-Treasurer of the company. Following her death, Norman donated the funds to create in her honor McClelland Park at the University of Arizona, which houses the School of Family and Consumer Sciences. Defying the problems that commonly haunt succession issues in family-held companies, Norman also successfully raised his son Kent to replace him at the proper time as CEO and President of Shamrock Foods.

This strong sense of attachment also reached his extended family. As a ten-year-old boy, Norman had returned with his parents to County Down, now part of “Northern” Ireland, to visit uncles, aunts, and cousins. He delighted in a place where “the smells of the air are all of hay and of the sea, and one’s total feeling is of being in a far place untouched by what we call progress.” In later years, he personally organized large Reunions for “The Parkers of Ballykeel” and “The Wrights of Finnard,” important parts of his ancestral tree. In conjunction with these, he devoted a considerable amount of time and energy to write and publish two elaborate genealogical books under those titles. Norman also became a board member of and benefactor to the Irish Cultural & Learning Center of Phoenix.  For this work, he received in 2016 at a ceremony in Dublin the Distinguished Service Award for the Irish Abroad from the President of the Irish Republic. 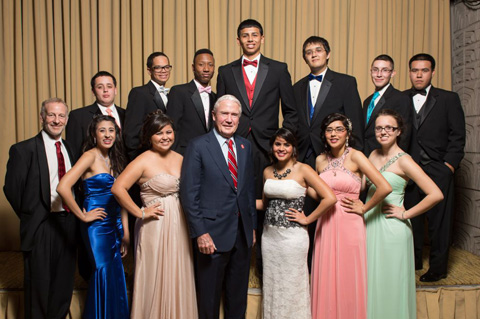 Norman was a good Christian man, as well. As befitting a member of the Scotch-Irish diaspora, he was a strong [faithful or orthodox] Presbyterian, serving among other posts as an Elder of Valley Presbyterian Church in Paradise Valley, Arizona.

In physical terms, Norman was a true, almost iconic, son of the American Southwest. When I first met him over thirty years ago, I was struck by his lean frame, his (naturally) tanned face, his white hair, his piercing blue eyes, and his remarkably calm disposition, which he attributed to “the gentle manner of all Parkers.” Nothing changed over the following decades. He seemed right out of Central Casting for a Tombstone film remake… only authentic!

Norman’s focus on family also extended to his collaboration with the predecessor organizations of the International Organization for the Family. He joined the Board of the Directors of The Rockford Institute in 1985 and enthusiastically supported creation two years later of its Center on the Family in America. While serving as Chairman of the Board, he encouraged me in several critical ways to convene the first World Congress of Families [WCF], finally held in Prague, the Czech Republic, in 1997. He then helped guide the spinoff of the Congress project as part of a new Howard Center for Family, Religion & Society. At WCF IV, held in Warsaw, Poland in 2007, I was pleased to present him with our Familias Award for Distinguished Service to the Natural Family. At the time of his death, he remained an Honorary Member of IOF’s Board of Directors.

Norman is survived by his wife Barbara, daughter Kathe, son Kent and his wife Celia, and cherished grandchildren Joshua, Joy, Chandra, Kera, and Devon. May he rest in peace.

–Allan C. Carlson, President Emeritus and John A. Howard Fellow of the International Organization for the Family formerly the Howard Center for Family, Religion, and Society

0 0 0 0 0
Previous ArticleThe Budapest Covenant: A Declaration of Commitment to The Natural Family
Next ArticleMourning Charlie, and The Big State - IOF Weekly Newsletter
Comments (0)