Dear Friend—The International Organization for the Family (IOF) has partnered with the producers of the incredible pro-life film “Unplanned” to help save babies around the world. We recently completed our first tour of Eastern European countries where we screened the movie to packed theatres in city after city.

IOF has an incredible opportunity to help spread the impact of this remarkable film by facilitating the distribution of the “Unplanned” movie through our extensive international grassroots network. That’s why the producers have selected IOF as an official partner going forward.

Let me share with you our experience in Zagreb, Croatia since it is representative of what we experienced in city after city in Europe. Originally scheduled for a one-night premier, “Unplanned” had to be scheduled for a second night owing to the great interest. Both nights saw capacity crowds in the theater. Zagreb is a university town and many of those who attended the “Unplanned” screening were young people and students from the University of Zagreb. These young people were deeply impacted by the movie, excited to see a pro-life film and touched by the film’s message. The Q&A with the producers afterward was conducted by interviewers from the leading religious television news station in Croatia, and the audience engagement was very high.

Penetrating the international market for an independent film like “Unplanned” is always difficult, but it is especially so for this pro-life film. “Unplanned” has been the target of a worldwide movement among the Left to discredit and marginalize the movie and threaten theaters that show the film. They’ve organized protests and boycotts, and otherwise attempted to intimidate people in order to stop the distribution of the movie. The Left knows – just as we at IOF know – that when people see this powerful depiction of an abortion worker who is confronted with the horror of the reality that abortion kills unborn children, their attitudes on abortion abruptly change. They become pro-life, and this is what greatly concerns the Left.

IOF can help break the cycle of intimidation by the Left by helping distribute the “Unplanned” film through our extensive international grassroots network. Already, we’ve facilitated thousands of leading activists, scholars and religious leaders across Eastern Europe being exposed to the movie. But we can do so much more if we had additional resources.

Please help us save more babies by facilitating the distribution of the movie “Unplanned” in more countries around the globe. Your donation today will make a difference.

Thanks to the generosity of several strong backers, every donation to IOF right now will be 100% matched up to a total of $200,000. Can I count on your help knowing that your gift will double in size and effectiveness?

We’ve seen first-hand the incredible impact that this remarkable movie can have in changing hearts and minds on abortion. In fact, “Unplanned” made its international premiere at a special screening for attendees of our World Congress of Families XIII conference in Verona this past March. Now as an official partner with the producers of “Unplanned,” we are on the front lines of bringing this extraordinary movie to more countries around the globe where countless babies will be saved from abortion as a result.

Please support our work to break the Left’s blockade of “Unplanned” and bring its much-needed pro-life message to people around the world who are clamoring to receive it. Whatever amount you can give will be 100% matched. More importantly, your donation will make a material difference in saving babies the world over. Thank you! 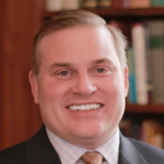