Winning at the UN

Dear Friend—At this year’s High-Level Political Forum on Sustainable Development (July 9-18) at United Nations headquarters in New York, all who entered the UN library saw prominently displayed front and center our acclaimed book edited by our Susan Roylance and entitled Family Capital and the SDGs. For those who then ventured into the General Assembly building, they saw our book featured again among the titles shown on a large screen at the entrance. Such prominent display—and tacit UN endorsement—of a pro-family resource in the United Nations is unprecedented and a huge coup for our indefatigable UN team.

Donate to Support IOF’s Work at the UN Today

Our IOF team at the UN works with trusted colleagues including contributing authors, publication partners, and some who have joined us in making the book widely available to ambassadors and delegates via influential events organized by our friend Wendy Wixom. 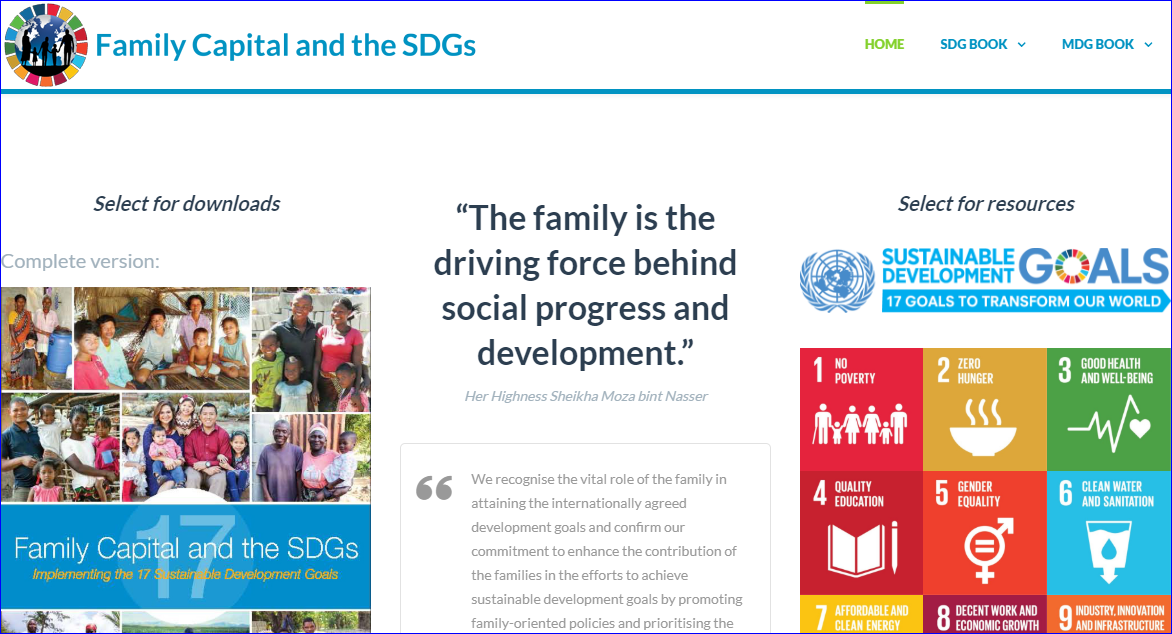 This timely volume, launched in 2016 at a major UN conference in Quito, is part of one of our UN team’s strategic areas of emphasis: the indispensable role of family in sustainable development.

We continue to be a powerful voice as we provide, often in coordination with partner organizations, a number of cutting edge resources such as powerful statements to UN ambassadors and delegates like the one we made earlier this year at the Commission on the Status of Women, and another we just made at this year’s Forum to over 160 UN missions emphasizing the family’s foundational role in society and its transformational power as an agent of change in sustainable development.

As the family remains under heavy attack in the United Nations, and well-funded interest groups seek to impose dangerous policies masquerading under the banner of rights, our UN team is making a palpable difference as we work strategically and synergistically to defend what the Universal Declaration of Human Rights recognizes as “the natural and fundamental group unit of society,” and what our World Family Declaration calls “the bedrock of society, the strength of our nations, and the hope of humanity”—the family.

As hard as we are working and as many battles as we are winning, however, we are seriously outgunned in terms of financial resources. We don’t have access to governmental funds, nor do we have the support of wealthy advocates such as George Soros who lavishly funds groups seeking to deconstruct the family and substitute an ever-powerful state bureaucracy. Instead, we rely on the generosity of individual and groups who realize that preserving and enhancing the natural family is the most important thing we can do to help societies and encouraging human flourishing. Will you stand with IOF so that we can continue to be a successful advocate at the UN on behalf of the family?

It might seem like a small thing that an IOF book is prominently displayed at the UN, but believe me, it isn’t. It’s evidence that our work is making a difference and is being treated seriously by missions and delegations throughout the world.

I’m very proud of our UN team under the direction of Doug Clark, IOF’s Director of UN and International Policy. Please join me in showing your appreciation for their hard work and mounting successes by making a generous donation to IOF today.