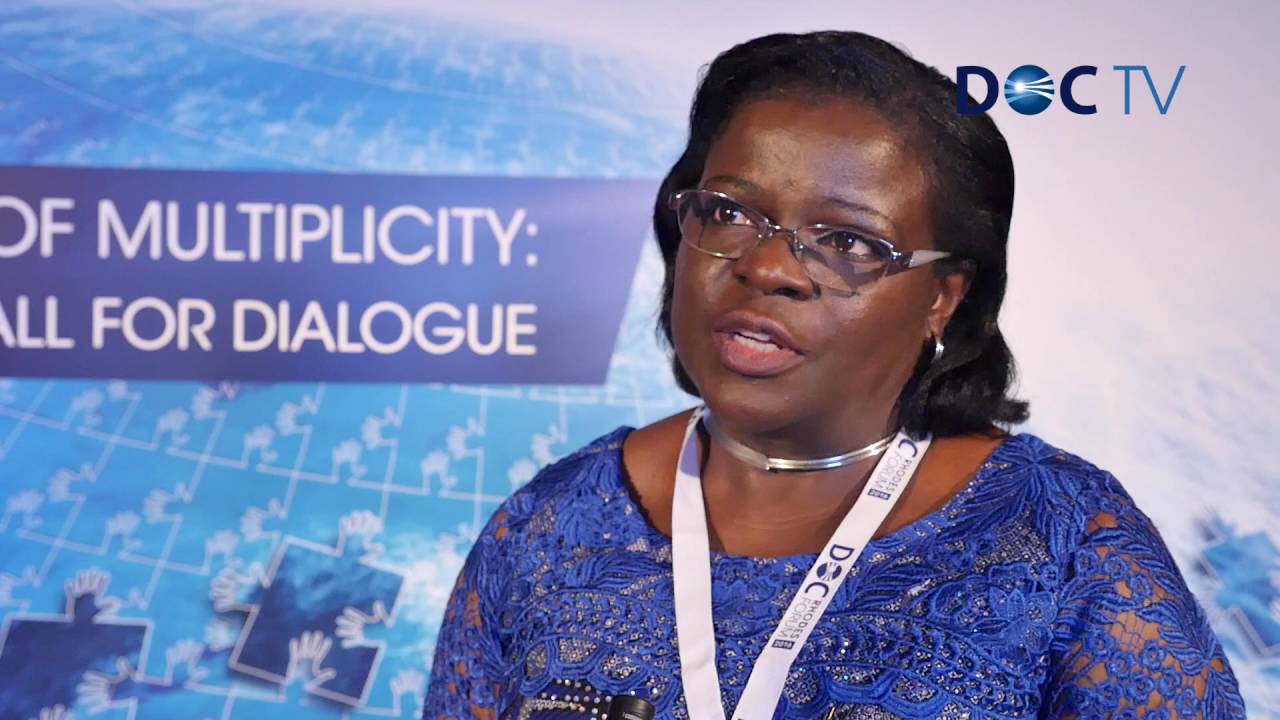 The principal organizer was Theresa Okafor, a veteran pro-family leader, head of FACH and WCF Regional Representative for Africa. The Conference was preceded by a press briefing on the 26th for members of the media and delegations from the Ministries of Justice and Education.

The Conference was both African and international in scope. It had speakers and participants from the US, UK, Netherlands, Malawi, Uganda, Ethiopia, Kenya and several Nigerian states. Delegates included a number of dignitaries, among them the Archbishop of Ibadan His Excellency Gabriel Leke Abegunrin – the Archbishop of Lagos His 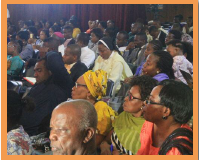 Excellency Adewale Martins – President of World Congress of Families, Brian Brown – the President of the African Bar Association, Hannibal Uwaifo – Chairperson of the UN Family Rights Caucus, Sharon Slater – Hon. Lamwaka Margaret and Hon Oseku from the Parliament of Uganda – Ambassador Uche Ajulu-Okeke, and a host of others. Also represented were members of legal and medical professions, the Nigerian Ministries of Education and Justice, the International Federation of Women Lawyers, the Office of the Public Defender of Lagos State, Clergy, Royals, university lecturers and students and the print and broadcast media. The diversity and caliber of the attendees showed the importance Africans attach to the role of the family.

The event began with a performance by a local cultural troupe. Brian Brown gave a very energetic opening address which set the tone for the conference, observing: “In this fight for the family, we can all do something. We all need to do something.  Ultimately, we need better tactics, and I know, we will win this in the end!”

The Conference highlighted the need to respect human life from natural conception to natural death, and the need to protect children, marriage and the family. It examined the institution of the family, its indispensable role and importance to society. It also examined various threats to the family and why it is in dire need of protection. 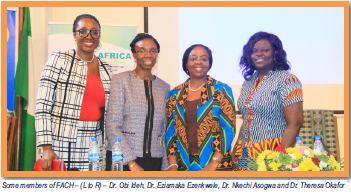 Topics discussed included the effect of incorporating in national law the provisions of international treaties such as the United Nations’ Convention on the Elimination of All Forms of Discrimination Against Women, and the Maputo Protocol which have anti-life and anti-family provisions. In fact, those provisions are their driving force.

Sharon Slater talked extensively on Comprehensive Sexuality Education (CSE). While admitting that children have to be taught about their sexuality, the most important questions are how, why and by whom. Comprehensive Sexuality Education isn’t comprehensive, and doesn’t take into account the various ages of the children and the type of information that is proper for their ages. Its content promotes acts that can lead to an increase in sexually transmitted disease, out-of-wedlock pregnancies, and abortions.

Prof. Philip Njemanze talked on the fundamental nuero-scientific differences in the male and female brains.  He showed objective differences in cognition as they affect gender. His conclusion: Gender is 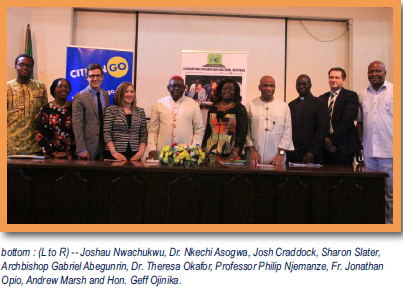 nature and not nurture. The notion of innate sexual orientation is ideological, not scientific. The personal testimonies of some post-abortive women (among them Kechy Aimba, Jacqueline Gandi and Salome Wende) was an important highlight of the Conference. Attendees were thus acquainted with the horrors and pain that abortion inflicts on women.

The Conference was not all academic and formal. On the 2nd day, speakers were treated to an exquisite dinner at the residence of one of the sponsors, Mrs Bridget Itsueli, giving them a chance to feel the warmth of Nigerian culture and hospitality.

The Archbishop of Lagos, His Excellency Adewale Martins spoke on the importance of religious freedom and the need to curb extremism and the rise of secularism.

Andrew Marsh from Christian Concern in the United Kingdom explained that one effect of redefining marriage to include same-sex partners will be an increase in attacks on religious freedom and freedom of speech. 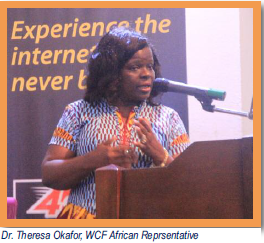 Theresa Okafor reports: “For attendees, the Conference was an eye-opener. They heard things they had not heard before and they realized that the fight against moral decadence is not exclusive to Europe and America, it is already at the doorstep of Africa and the need to act now was imperative to all.”

Delegates unanimously adopted a Communique from the African Regional World Congress of Families (March 27-29), which may be read in its entirety here.

For more information on the WCF Lagos Conference, visit the FACH Website.