WORLD CONGRESS OF FAMILIES LEADERSHIP MEMO: Making A Difference for Life and the Natural Family

Movieguide (a World Congress of Families Partner) will hold its 26th Annual Faith & Values Awards Gala on February 2 at the Universal Hilton in Los Angeles. The Gala features Awards for the 10 Best Movies for Families, the 10 Best Movies for Mature Audiences, the Epiphany Prizes for Inspiring Movies & Television, the Grace Awards for the Most Inspiring Performances, the $30,000 Kairos Prizes for Spiritually Uplifting Screenplays and the Faith & Freedom Awards for Promoting Positive American Values. Nominees for the Best Movie for Families include: “The Boss Baby,” “Cars 3” “The Case for Christ,” “Despicable Me 3,” “The Emoji Movie” and “Smurfs: The Lost Village.” Among the nominees for Best Movie of 2017 for Mature Audiences are: “Darkest Hour,” “Dunkirk,” “Justice League,” and “Wonder Woman.”

The Grace Awards nominees include Erika Christensen for “The Case for Christ,” Kevin Sorbo for “Let There Be Light,” Terence Stamp for “Bitter Harvest,” and Oscar Isaac for “The Promise.” Among the actors/actresses nominated for the Grace Awards for TV are Tim Allen for “Last Man Standing,” Jenna Coleman for the PBS series “Victoria” and Tom Selleck for “Blue Bloods.”

Larry Jacobs, Managing Director of World Congress of Families will be attending this year’s Awards ceremony representing the International Organization for the Family.  Jacobs praised MovieGuide’s founder Ted Baehr and their positive effect on the movie industry stating, “Since Movieguide began their awards gala, positive faith and family content has been increasing every year.  Now, each year MovieGuide’s Report to the Industry shows that  more than 80 to 90% of the top earning movies each year contain positive family and faith content.  Being family-friendly is good for society and profitable for the movie industry.”

The International Organization for the Family (WCF parent organization) will be at the United Nations Headquarters in New York City for the 56th session of the Commission for Social Development, January 29 through February 7.

All these books, which are also available online at www.familycapital17sdgs.org are essential resources helping governments, businesses, and NGOs to understand the indispensable role of family capital in achieving sustainable development.

World Congress of Families Coalitions Director and Coordinator of Regional Conferences Don Feder spoke at the Annual Assembly for Life in Worcester, MA. on January 21st , on “The View From Sinai: a Jewish Perspective on Abortion,” on the revelation that shaped Western civilization.

The keynote speaker at this year’s Assembly was Father Frank Pavone, National Director of Priests for Life. 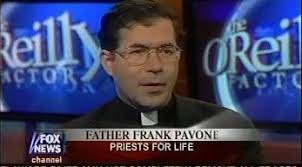 Sponsored by Massachusetts Citizens for Life, the Assembly is held each year around the anniversary of Roe V. Wade. Usually held at historic Faneuil Hall in Boston, where the Sons of Liberty met prior to the American Revolution, this year’s Assembly will take place at Mechanics Hall in Worcester. Also on the program are Rev. John Daly of St. Nicolas Orthodox Church in Southbridge, MA. and Matthew Valliere of the Patients’ Rights Action Fund. The Master of Ceremonies is Margaret Russell, editor of the Worcester Catholic Free Press.

Steven Mosher, President of Population Research Institute, was the first Westerner to expose China’s forced-abortion program in “Broken Earth: The Rural Chinese,” based in part on first-hand experience as a graduate student doing research in the People’s Republic. China retaliated by having him expelled from the doctoral program at Stanford.

His new book, “Bully of Asia: Why China’s Dream is the New Threat to World Order,” discusses the dangers of an increasingly militaristic, expansionist nation. Mosher also examines the ongoing the impact of China’s one-child and now two-child policy.

On January 17, Mosher will spoke at the Heritage Foundation. Population Research Institute is a World Congress of Families Partner.

For more information on the book, https://www.amazon.com/Bully-Asia-Chinas-Dream-Threat/dp/1621576965.

The Heritage Foundation’s Ryan T. Anderson also has a new book, “When Harry Became Sally: Responding to the Transgender Moment.” 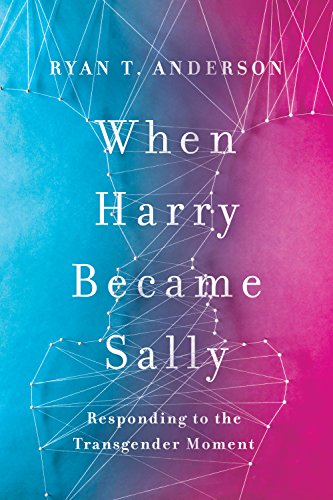 Anderson writes: “America is in the midst of what has been called a ‘transgender moment.’ Not long ago, most Americans had never heard of transgender identity, but within the space of a year it became a cause claiming the mantle of civil rights.”

“But can a boy truly be ‘trapped’ in a girl’s body? Can modern medicine really ‘reassign’ sex? Is sex something ‘assigned’ in the first place? What’s the loving response to a friend or child experiencing a gender-identity conflict? What should our law say on these issues?”

Ryan Anderson is the William E. Simon Senior Research Fellow in American Principles and Public Policy at the Heritage Foundation.

For more information on the book visit www.amazon.com/When-Harry-Became-Sally-Transgender/dp/1594039615.

0 0 0 0 0
Previous ArticleWORLD CONGRESS OF FAMILIES LEADERSHIP MEMO: The Year In Review, Making A Difference for the Natural Family
Next ArticleMoldova Selected As Host of World Congress of Families XII (#WCF12Moldova) September 13-16, 2018
Comments (0)